Drug Expiration Dates — Do They Mean Anything?

Many people are indifferent regarding the medications that make up the first-aid kit. As a result, medications are stored without taking into account the manufacturer’s recommended specifications and terms. Such negligence can result in the drug losing its pharmacological properties, and in the worst, provoke intoxication. Knowing the approximate shelf life of drugs in various forms of release, it is possible to ensure the correct storage of the medication.

What does drug expiration dates mean?

The drug expiration date is the warranty period during which the active substance retains all the necessary pharmacological properties. The medicine during this period complies with the standards in accordance with which it was produced.

The approximate shelf life of drugs is established experimentally by conducting clinical trials, according to the results of which the optimal storage time of the drug is adjusted. After processing the statistical data, the average shelf life of the drugs is established (at least 2, but not more than 5 years), which is indicated on the package (bottle, blister, ampoule). 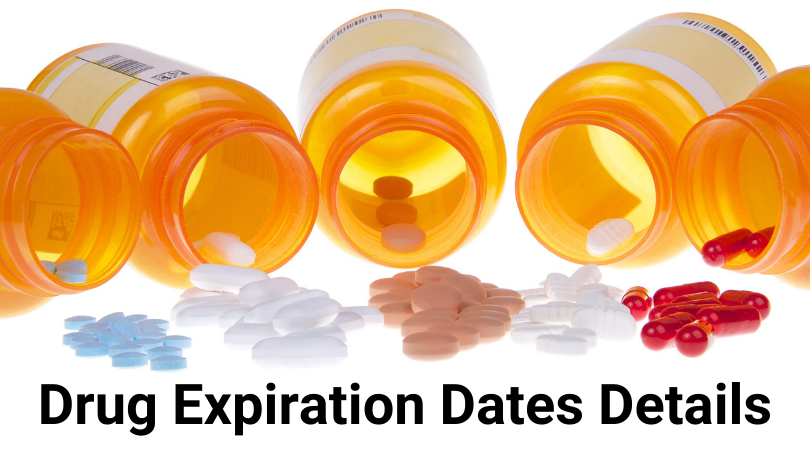 However, a series of experiments conducted by the American Medical Organization in 2001 confirms the fact that 88% of medications do does not lose their beneficial properties after the expiration date. So, out of the 3 000 studied drugs, 2 652 units retained all safety and efficacy characteristics for 66 months after the end of the time given for the storage of medications:

But keep in mind that such statistics only work with respect to unopened packages in sealed containers (tubes, bottles) or a blister.

How to determine the shelf life of drugs

In 1979, drug manufacturers were required to indicate expiration dates on packages. At the indicated time, the effectiveness and safety of the medications are guaranteed. Dates are determined in special stability studies, which are carried out in two modes:

In some countries (for example, in EU countries) the expiration date that can be indicated on the package is limited. Five years after release will be indicated, even if the medication does not lose its properties in 20 years.

An article published by Harvard Medical School in 2003 tells about a study by the US FDA commissioned by the military. For many years, the army was changing stocks of expensive drugs due to expired shelf life. The study examined more than 100 prescription and OTC drugs. It turned out that 90% of them were effective even 50 years after the expiration date. The effectiveness of the drugs did not change or decrease slightly. Safety remained at the same level – only tetracycline, insulin, nitroglycerin, and liquid antibiotics became exceptions.

Information on the recommended temperature mode is specified in the instructions that accompany each drug. Even slight temperature fluctuations can be detrimental to the drug components. For example, alcoholic extracts and tinctures at high temperatures quickly become ineffective, as a preservative is destroyed, which prevents the decomposition of substances.

Sometimes a change in the product condition can be seen visually in the form of crystallization, turbidity, the appearance of flakes, in which case you should not use it. But when chemical metamorphoses occur at the molecular level, that is, invisibly to humans, this can lead to disastrous consequences.

These groups of drugs must be placed on different shelves: