What Medicine is Good While Pregnant?

Only 30 confirmed preparations can definitely harm and provoke intrauterine pathologies. These drugs are not used in obstetrics or are prescribed exclusively as a last resort. It is important to understand that most of the medications have not been studied in terms of use during pregnancy. The number of potentially dangerous drugs can be much greater. 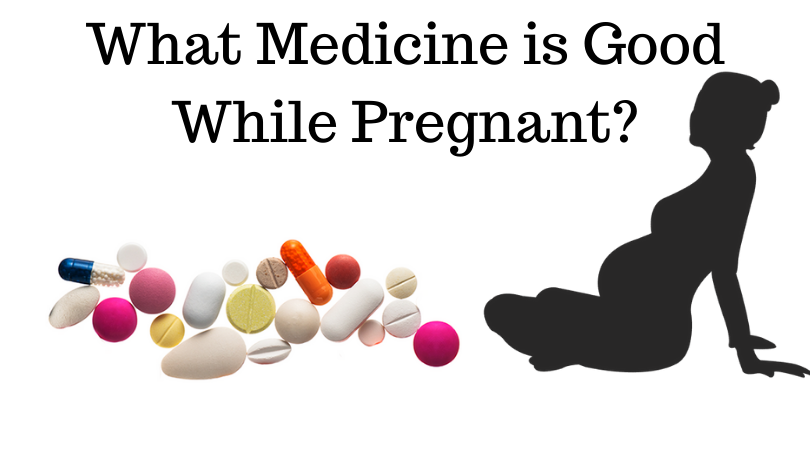 Why is it not recommended not to take drugs during pregnancy?

The pharmacological effect of most drugs on the embryo and fetus is still not understood since such experiments are considered inhumane. A fairly large part of the information about the effect of a particular drug was obtained in the course of a direct indication or accidental administration (before the diagnosis of pregnancy). Unfortunately, there are many stories in obstetrics when irrational medication intake had a detrimental effect on fetal development. In some cases, taking medications can cause:

Do not forget that medications affect not only the unborn baby but also the mother’s body, indirectly disrupting the course of pregnancy. So, drugs of a certain group aimed at treating hypertension provoke uterine hypertonicity. It can result in premature birth (before the 37th week) or cause symptoms that are dangerous to terminate the pregnancy.

The issue of taking medications should be decided in cooperation with an obstetrician-gynecologist. It is possible to attract other specialists if we are talking about chronic diseases’ treatment.

Pregnancy is not a disease. However, during this period, there arise conditions that require medicamentous treatment. Every expectant mother should understand which drugs can be taken before visiting a doctor, and which are strictly contraindicated for self-administration.

With the development of a runny nose on the background of viral pathologies or as a result of an allergic reaction, a pregnant woman is allowed to use solutions based on sea salt. Phenylephrine and xylometazoline nasal sprays with active ingredients are strictly contraindicated during pregnancy and lactation.

In the case of inflammation of the nasal mucosa, it is possible to use drugs produced on the basis of essential oils. They reduce the severity of the inflammatory process, improve breathing, and have an antibacterial effect.

In the case of acute rhinitis, with the abundant secretion of mucous, vasoconstrictors are prescribed. They are subject to strict adherence to dosing. The course is short lasting no more than 2-3 days.

With an unproductive (dry) cough, which is accompanied by difficulty in sputum secretion, expectorant preparations, which include plant components, can be used. In diseases of the respiratory system, which are accompanied by bronchial, trachea or larynx inflammation, local antibacterial agents are prescribed.

Upper respiratory tract infection is the most common infection in children and adults. Pregnant women on the background of hormonal and immune changes are more susceptible to respiratory diseases. In the treatment of acute respiratory infections and influenza, it is important to increase the protective functions of the immune system. For this purpose, immunostimulating drugs are prescribed. In the case of recurrent respiratory diseases, interferons and proteins can be prescribed.

Taking medications that relieve a headache during pregnancy is strictly limited. Almost all of these drugs have a negative effect on the fetus and its development. Among other things, headache treatment depends on the underlying cause. This may be increased intraocular, intracranial pressure, hypertension, etc. Therefore, with the development of such a symptom, the therapist should be visited.

If a pregnant woman does not have pathologies that provoke a headache, you can resort to the following:

It is recommended to take drugs containing paracetamol. Preparations of acetylsalicylic acid (aspirin) during pregnancy are strictly contraindicated.

With the development of pain or cramping in the abdomen, you should visit obstetrician-gynecologist. Such symptoms can be a consequence of complications’ development and result in premature birth. Prior to the arrival of an ambulance, it is permitted to use antispasmodics. Taking other medications to relieve pain is contraindicated.

If pregnancy is accompanied by gastroesophageal reflux (heartburn), doctors prescribe antacids, but medications containing aluminum hydroxide and aluminum phosphate are not prescribed during pregnancy.

Numerous studies show that the prevalence of constipation among pregnant women is more than 25%. Moreover, almost all laxatives are contraindicated, except for some syrups and buckthorn bark.

If it was found that pregnancy occurred during the period of taking medications, you should consult a doctor as soon as possible. It should be noted that treatment with drugs that are strictly contraindicated during pregnancy is not an indication for abortion.

The main task is to verify the normal fetus development, to determine the condition of the placenta, chorion. The doctor prescribes a number of diagnostic measures: ultrasound, biochemical blood tests, DOT test. If necessary, a consultation with a geneticist is prescribed.

Contrary to widespread concern about the harmlessness of drugs, no more than 3% provoke the development of anomalies and defects in the embryo. Most cases of developmental disorders are associated with genetic factors.